For @BatmanDay here’s a #Transformers mini-review of Masterpiece Shockwave! (Hey he has bat-ears, kinda.) Picked up this toy with MP Starscream 2.0 in a bundle. Hadn’t intended to purchase any ’85 toys in MP form but Shocky is so sweet I couldn’t resist! 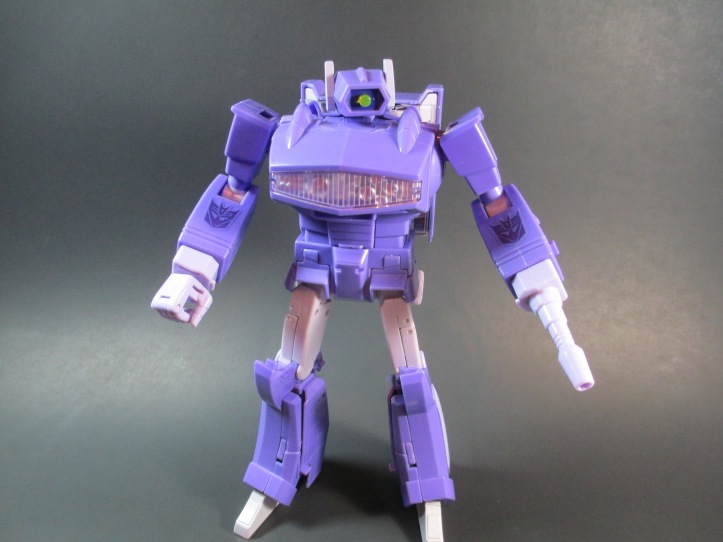 More than any earlier Masterpiece toys, Shockwave (or Laserwave as he is known in Japan) truly looks as if he stepped out of the cartoon. Really love the way they handled the arm hose. It’s a tightly coiled spring, not apt-to-disintegrate rubber.

You can swap in translucent hands or blaster to replicate the look of the G1 toy if you like. A salute hand is included so you can totally replicate that one scene from that one episode. Seriously the cartoon accuracy here is off the charts.

You’ve got your choice of two backpacks, One requires attaching a separate piece, which is a no-no for some. I don’t mind it as it looks more like Shockwave should look IMO.

Here’s the alternate backpack. It’s fine, too, I guess? 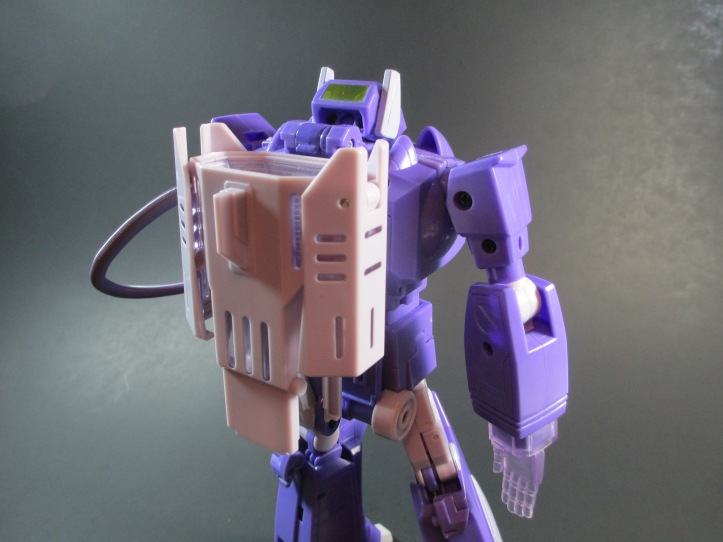 Pew Pew Gun mode looks perfect. Transformation is really simple and intuitive except for the legs, which require a bit of non-Euclidean fiddling. It all holds together nicely. It has electronics but I don’t have any batteries that size. Some reviewer I am, eh?

Here’s the gun mode with the backpack/stand thing. I’d rather hold him and make laser noises than set him up like this but maybe others are too proud to act like a ten year old. 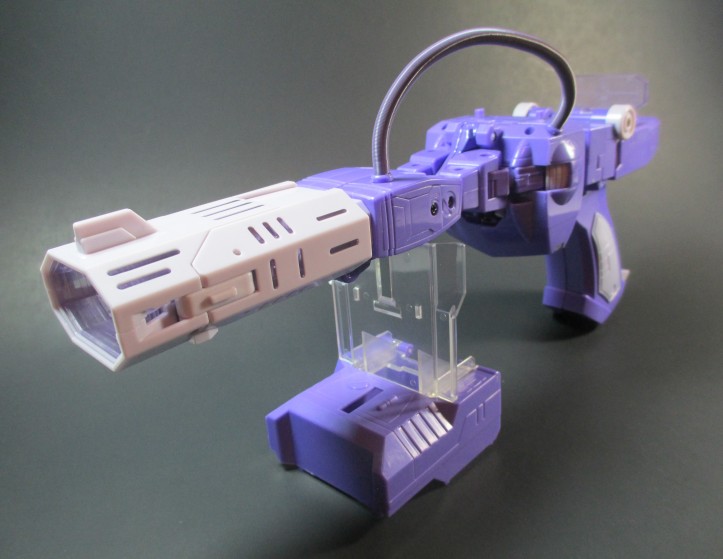 And here he is with his G1 counterpart. Love this toy, love this character. Don’t love that now I feel obligated to get the entire Season 1 cast in Masterpiece form instead of just the ’84 toys. #FirstWorldProblems But Shockwave is totally worth owning, regardless!