It’s very cliche to look back on the last day of the year, but that’s what I’m going to do. Just as with everyone else on the planet, there were highs and lows in my life in 2016. I accomplished some things, like publishing my second book, but I missed the mark on many others, like leaving my watch-through of Star Trek The Animated Series undone. Unlike many people, I am compulsive about keeping track of some things in my life digitally, and I wanted to take a look at how I spent my time in 2016 as the calendar turns over to a new year.

First up is my board game playing. I’ve cataloged both my collection and the number of games I’ve played using boardgamegeek.com since January 1, 2011.  That year, I logged 400 board game plays. In 2012 and 2013, my games played went down slightly, to 386 and 364, respectively. 2014 was a larger drop, with 268 games played, almost 100 less plays than the previous year. I played more or less the same amount in 2015, 260 total, including one month where I played a game every day, August.

Even before counting it up, I felt like 2016 would be another down year, and I was right. I only logged 212 board game plays this year. That doesn’t seem like too much of a drop on the surface, right? However, looking closer, I noticed I had exactly 100 plays of Magic: the Gathering logged in 2016. This is due to a game store opening up in my town, and my support of it. However, Magic is one of those games where you play many games each session. For many similar games, like Code Names or Coconuts, I just log one play no matter how many times I play a day. If I do that for Magic this year, I move down to 129 logged plays. That’s by far the lowest since I started keeping track, meaning I played roughly one third as many games in 2016 as I did in 2011!

In addition to board gaming, I also use Goodreads to keep track of the books I read each year. Last year, I started a reading challenge, and set a goal to read 20 books. I did that, with days to spare. This year, my goal was 22 books, and I fell far short. I only read 15 books in 2016. I was feeling bad about this, as I hate not meeting my goals, but then I looked at my reading totals for prior years. Since 2012, the first full year in which I kept track, this year ranks as #2 on the list. I hope to read some more compelling books this coming year; several I read this year weren’t very good and I was stuck reading them for more than a month.

Since I love data about how I spend my time so much, this year, I began tracking what movies I watched using IMDB. We watch movies more than we watch TV, and so I knew that my total would be a big number. I just didn’t realize how big. Counting the one movie I watched twice this year (Captain America: Civil War), I watched 123 movies in 2016. That’s… a lot. An awful lot. Admittedly, I often put a movie on while I’m doing something else, like a bit of spreadsheet work, or painting miniatures. Still, 123 movies watched seems very, very high. During my six weeks off in the summer, I was watching, on average, a movie every day, and more than one several times. Movies are something I enjoy, for sure, but I think perhaps they are taking up a bigger piece of my free time pie than they should be. 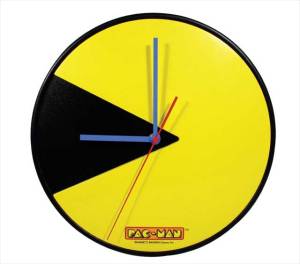 There’s another area of my life that I am concerned about wasting time, and that is something I will call “time eaters”. I’m mainly thinking about three things here. First, social media, primarily Facebook but sometimes Twitter as well. Often, I catch myself watching some stupid viral animal video, or someone cooking a burrito, or a so-called life hack or a dumb political post or any one of a thousand other things that aren’t worth my time. I’ve got to be more mindful about the time I spend on these sites. Another one is Reddit; I read Reddit daily, often multiple times. A few minutes is fine, but when I’m perusing items 500-525 and still looking for something interesting to read, I could have used my time better.
The last “time eater” I want to eliminate from my life going forward are mobile games. Not all of them, of course; many I use to keep in touch with friends (Lords of Waterdeep multiplayer, for example), and others are certainly worthy games on their own (Hearthstone is something I love to play every day). I’m talking mainly about free to play games that use a timer or some other limitation to motivate you to spend money. For me, the biggest offender was Transformers Earth Wars. I love Transformers, and the gameplay was pretty good compared to prior Transformers mobile games (Battle Tactics was terrible). However, you actually end up playing the game less and less often as you progress, which seems backwards, and the rewards in game are not worth the effort. I spent way too much time and (sadly) money for an experience that ended up being nothing but frustrating. I quit playing last Monday and it has been great to not have the tyranny of the cool down timers shaping my life. Mobile games can be good, but I need to be more considerate of what I will spend my time and energy on.

All things considered, I would give myself a B- this year. I didn’t play enough video games, nor did I read enough books. I watched too many movies, played too many dumb mobile games, and consumed too much social media. Next year, I need to be better. I have some goals for myself in 2017, some related to the areas in this post, some not. Next week, I’ll share them.