The Five Most Overrated and Underrated Star Trek Episodes 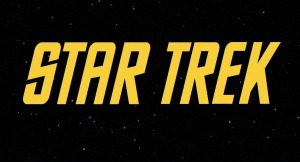 The long summer project is complete: all 70 original Star Trek episodes have been watched, screenshots have been taken, and haikus written. The gallery is complete. I really enjoyed watching Star Trek every day, and to be honest, not watching an episode at all yesterday felt very strange, like I was forgetting something all day long.

It would be easy to write about my opinions on the best (“City on the Edge of Forever”) and worst (“The Way to Eden”) episodes of Star Trek. But that has been done dozens if not hundreds of times. Instead, I decided to take a look at the most overrated and underrated Treks. I gave each episode a rating from 1 to 10 in a spreadsheet, copied in the compiled ratings from users at the Internet Movie Database, and then found the difference between them. Maybe applying math to something so subjective is folly. But it should give a good indication of the episodes I think are significantly better or worse than the collective hivemind. Each episode title is listed, along with the difference between the two ratings.

We’ll start with the five most overrated Star Trek episodes!

One episode of Henry Mudd was too many, and of all the great characters in the show, HE gets a return engagement? Pathetic. The episode tries to be funny but isn’t, and the extended slapstick goofball sequence at the end made me want to stun myself with a phaser. I rated this one the same as “The Omega Glory” and that’s really saying something.

Season finales are usually something great, but this one wasn’t. For most of the runtime, Kirk, Spock, and the rest are absent. This was intended as a backdoor pilot for a new show, so I understand the lack of, you know, Star Trek elements. However, despite featuring two actors who are usually quite good (Robert Lansing and Teri Garr), the Trek-less parts are uninteresting.

There are certain elements I enjoy about Star Trek. This episode features none of them. It could just as easily have taken place on almost any other show. A traveling actor is really someone who did something terrible in the past, and when it comes out, bad things happen. There is little in the way of science fiction in this one, and that can certainly work (“Court Martial” is 90% courtroom drama) but this one is just lame.

This episode isn’t too bad when taken on its own. However, it came at the tail end of the show’s run, and is based on a theme oft-repeated in Star Trek: technology gone amok. The acting is decent, and there are some impressive visual effects, but in the end, Kirk talks a computer to death, AGAIN. According to Memory Alpha, it’s the fourth time he did this in the series, and by this point, I was tired of it. Maybe if it had been in Season 1, I’d feel differently.

Similar to the entry above, this episode is yet another rehash of a common Star Trek theme: a planet just like Earth in the Xth century. This time, due to a book left behind by previous Starfleet visitors, the people have a culture entirely based on Chicago gangsters of the 1920s. There are admittedly some funny parts, and it’s sort of charming in a way. Maybe I’m rating it harshly, but when Kirk started talking in al Al Capone accent, I mentally checked out.

Now that the negative parts are over, let’s take a look at the hidden gems. These are the five most underrated Star Trek eps!

This is a weird ep, that’s for sure. The set designs are minimalist, probably to save money in the last half of the last season, but the overall effect is eerie and surreal. Kathryn Hays, who plays the titular empath, says not one word, but her expressions and gestures get her meaning across skillfully. The idea of aliens conducting an experiment on the crew is hardly unique, but here it is handled so well that it doesn’t seem stale at all.

This one is written by Richard Matheson, a master storyteller, and it shows. Two Kirks are running around after a transporter slipup. It would be easy to make one good, and one evil, and it starts out that way, but it goes much deeper. One half is the aggressive, selfish part, and the other, “true” Kirk gets wimpier and less decisive as the episode goes on. Shatner gets a bad rap for overacting, but he’s just marvelous in this one, from start to finish.

“The Gamesters of Triskelion” (+1)

This episode contains nearly all the best elements of Star Trek. There are strange alien creatures of all sorts, ranging from lovely humanoids to disembodied, glowing brains. Spock and Bones use logic and emotion to argue against each other. There’s plenty of action, too, with some excellent fight scenes. In the end, Kirk uses his cunning to outwit the supposedly superior brain-critters, and the planet is left in better shape than when they arrived. It’s only missing a space battle!

The interplay between Kirk, Spock, and Bones is the heart of Star Trek, and this episode is one of the best examples of it. Kirk, in a super cool spacesuit, goes missing in a parallel dimension. Spock wants to stay and search for him, risking an interstellar incident with the Tholians (one of the only truly alien looking races in the show’s entire run). Bones urges him to leave, as the risk to the crew isn’t worth it. It’s a nice role reversal for the two, and when they hear Kirk’s final orders, only to be listened to after his death… well, it gives me the space goosebumps.

Let me tell you, folks, there are some real stinkers at the end of Season 3. This one is most certainly not one of them. The effects are good, and there’s a tense sequence where the crew tracks the lights descending on the Starfleet library planet that I enjoyed. The episode has plenty of screen time for Scotty, which is a nice change. Too often, the Big Three get all the action, but not here. Scott’s concern for his “bonny lass” is touching. Shari Lewis, of “Lamb Chop” fame, co-wrote the episode, and gave Scotty a romantic interest because “Kirk always gets the girl”. On behalf of non-alpha males everywhere, thanks, Shari!

So there you have it. I always considered myself a Star Trek fan, but now I feel as if I can truly claim to be a Trekkie. Or is it Trekker? I suppose it doesn’t matter too much. I enjoyed the creative exercise of writing the haikus, and plan to continue it in some way. There’s plenty more Trek out there, after all. It wouldn’t be very bold to stop at the end of the original series, would it?