Prince, Batman, and my Grandparents 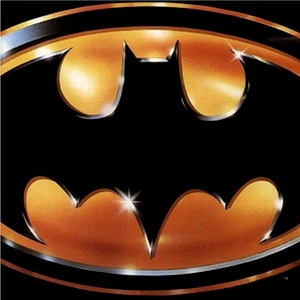 Prince died today. This is distressing news for me, and, if social media is any indication, for many others as well. Prince is one of the greatest musicians of all time. He was the total package, a music icon. He had the right look and a larger than life stage presence. More than that, he was a prodigious talent, arguably the most talented guitarist of his generation, but also a gifted lyricist and songwriter. His rise in critical acclaim and popularity came in the mid 1980s, the same time I moved from listening to what my parents liked to what I myself liked. (Actually, it was what everyone else liked, but you know what I mean. It wasn’t Barbara Mandrell and the Oak Ridge Boys.) I never, ever changed the station when Prince came on, and in fact recorded several of his songs right off the radio onto cassette tape.

I could never choose a favorite Prince song, but one in particular takes me back to a vivid memory when I hear it. In 1989, I was fifteen years old and in the peak of comic book frenzy. Tim Burton’s Batman was coming to theaters, and I was reading all the great Batman stuff I could get my hands on. The Dark Knight Returns, Year One, The Killing Joke, you name it, I read it. Batmania was so powerful a force in my life that I collected Batman related newspaper and magazine articles in a scrapbook. (I wonder if I still have that somewhere?) When I hard that Prince was creating songs featured in the film, I was thrilled. Batman and Prince were like chocolate and peanut butter, two things I loved that would surely be more awesome together.

I was not disappointed when I first heard one of the songs Prince wrote for Batman. I taped “Batdance” and listened to it over and over again. It was strange and different yet catchy and amazing. Sampling speech is a common thing in music now, but back in 1989 it was quite unusual. Snippets of voices and phrases from the movie blended in perfectly with the rest of the song. “Batdance” was like three songs mixed in one: a hard driving, drum heavy first half, a more relaxed, strutting funk in the second half, with a ridiculous guitar solo in between. I loved “Batdance” and couldn’t wait to see the music video when it premiered. 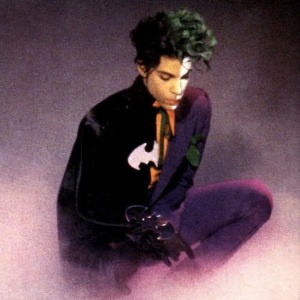 One problem: my family had made plans when “Batdance” was scheduled to hit MTV. We’d be at my grandparents’ house for a cookout on the grill and homemade ice cream. Normally, this would be something to look forward to, but not this time. I wanted to be glued to the boob tube so I could watch Prince that evening. Being fifteen, there was nothing I could do about it. When we got to Grandma’s, it was a full house. My favorite aunt was there, as she was young enough that she stilled lived with them. My uncle and his wife and my two cousins were also present. There were lots of burgers and hot dogs to grill, plus three different kinds of ice cream to make. We all ate way too much, and proceed to sit around visiting in the living room. I was preoccupied. According to the grandfather clock, Prince would be debuting “Batdance” in just a few minutes. My parents had given no indications that we were leaving, but even if we left at that exact moment, it would take too long to get home anyway. It seemed I was out of luck.

Desperate, I pled with my Grandpa to change the channel from his baseball game to MTV. Now, you must understand that my family was conservative then and still is today. My parents didn’t let me watch rated R movies until I was in high school. There were certain TV shows I couldn’t watch (Miami Vice, for one, as it had a very high ratio of bikinis per minute). I’d been forbidden to watch MTV when I was younger, but as a teenager that restriction had eased a bit. These rules were for our house, however. My grandparents were more strict. At Grandpa’s, I never got to pick what we’d watch. The first instance of coarse language or a scantily clad person would result in the immediate changing of the channel. I knew this, and I understood that watching MTV was pushing it. My desire to see “Batdance” overrided my common sense. Surprisingly, my grandpa agreed. Perhaps a belly full of protein and strawberry ice cream made him more susceptible to my plight. In any event, he flipped the channel over just in time for us all to watch “Batdance”.

I sat about three feet from the screen as the beat started up. The purple, smoky set and the sheer spectacle of the video were mind blowing. Girls in skintight Batman costumes gyrated, but they flipped their capes around enough that I didn’t think my grandparents would object. Several guys dressed up as the Joker partnered up with the Batmen (Batgirls?), showing off slick routines and outstanding moves. Prince looked incredibly cool, painted up half as Batman, half as the Joker. My comic addled brain knew this must have been a Two-Face reference. The guitar solo began, and Prince totally nailed it. He went after the guitar with lusty abandon. I stole a look at my grandma, and it was clear that she disapproved of Prince’s thrusting hips and writhing motions. I ignored the look on her face and kept watching. 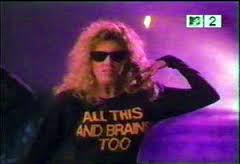 And that’s when the Vicki Vales stepped in. A whole host of tall, leggy blondes appeared, and Prince started crawling between their legs. Now, everyone in the house was watching. The Vickis busted out some moves, all while wearing the shortest skirts that the world had ever seen. The “leader” Vicki had letters spelling out “ALL THIS AND BRAINS TOO” on her top. I instantly recognized the phrase from The Dark Knight Returns. Considering the looks of the adults in the room, “Batdance” wasn’t going over well. I was beginning to worry. Right about this time, one of the Vickis pulled her skirt up to reveal a Batman tattoo right on her thigh/hip/naughty area. Mentally, I grimaced; this was too much for my poor grandparents. I’d listened to the song a thousand times, so I knew that there was a bit of salty language near the end. I decided it would be best for my long term health as well as my relationship with my living ancestors to stop before that point. I told Grandpa to please change it back to baseball, and he did.

“I can’t believe what passes for entertainment these days!” Grandma exclaimed. Grandpa nodded in agreement. There was discussion among the rest of the adults along those same lines. My aunt was cool about it; she told me she thought it was pretty awesome. I agreed 100%. It was one of the best music videos I had ever seen. The choreography, costumes, and theatrics elevated it to something truly special.

I know “Batdance” isn’t Prince’s best song. It’s not even in the top ten. But when I heard of Prince’s passing, “Let’s Go Crazy” or “Purple Rain” weren’t what sprang immediately to mind. “Batdance” was the first song I wanted to listen to. Hearing the song again, followed by watching the video, took me back in time. It made me remember the thrill of hearing it for the first time on the radio. It reminded me of how much Grandpa loved watching ball games, but loved me more, enough to change to a channel he didn’t approve of. And it also reminded me of that summer of Batmania, and how much I loved the movie both then and now. I’ll always enjoy all of Prince’s music, but “Batdance” has a special place in my heart. Like all his fans, I am thankful to Prince, for his music foremost, but also for the memories that come to mind whenever I hear it.