What I Learned from White Plume Mountain 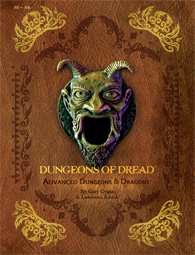 In my group’s monthly sessions this summer, I’ve been running White Plume Mountain. It can be found in the recent premium hardcover adventure compilation Dungeons of Dread. Back in the day, I was mainly reading the Basic D&D material, so I never got to experience White Plume Mountain before. Looking over it as a D&D Next DM, I thought it would be lots of fun to run, and to see what my players came up with. I thought I would share some tips for running your Next playtest characters through the crazy dungeon of the enigmatic wizard Keraptis.

The first problem I needed to overcome was the level of the adventure. My PCs are 10th level, and that is the upper end of the recommended range. Next characters feel more hardy than 1E characters anyway, so I knew I’d have to adjust some things here and there. Thankfully, the playtest packet includes Next versions of the monsters in White Plume Mountain. These are just a bit too low level, though. I generally adjusted hit points up by 10-20, and added one or two to AC and to hit. This tweak seemed to work fairly well.

D&D Next allows for quick, easy combat, and many of the potential fights in White Plume Mountain are simple enough to be run in the “theater of the mind”. Minis alone worked just fine for the kelpie fight and would probably be sufficient for others as well. However, sometimes, you just want to bust out a cool map and throw some plastic monsters on it. Looking through the adventure, I identified the following as encounters that could possibly merit a full on map:

I purchased the printable maps for White Plume Mountain available on DriveThruRPG (a steal at 50 cents). I printed out the maps for the rooms above, plus a few other areas that might be hard to visualize, like the mud geyser room. Even with the printed maps, however, the fact is, White Plume Mountain is rather plain. Keeping in mind it was designed when I was still wearing Underoos and watching Superfriends, I decided to throw in some interesting environmental effects and terrain a la 4th edition.

Probably the best instance of this was the encounter with the vampire Ctenmiir. I had worried ahead of time about the mud geyser room. The obvious solution my players took, one I foresaw, was to use fly to avoid the geysers entirely. But the room was so interesting, I tried to use it anyway. My goal was to move the fight from the rather boring small, enclosed coffin room outside to the dangerous, cinematic geysers. I figured the darkness would be a good incentive to move the players outside. To discourage dispel magic, I tossed in an environmental effect of swarms of flies that disrupted spellcasting concentration unless a skill check was made. A secondary effect was the nerf the casters a bit, and give the melee folks time to shine. I figured between the flies and the difficulty of dispelling the magical darkness, they’d want to move the fight outside. Flying around in a geyser-filled room, chasing a vampire who summoned giant bat minions, sounded like a good thing to me.

In reality, my players were determined to stay in the coffin room. It took several rounds of fighting in the dark, but eventually one of the wizards managed to maintain concentration and successfully dispel the darkness. A turn undead and a couple solid hits from the fighter later, and the vampire was toast. While it wasn’t quite what I had planned, it was still very tense and a memorable fight, so I have to consider it a success. 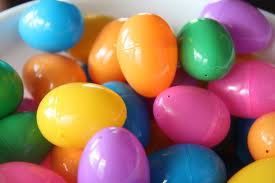 Another really neat encounter in White Plume Mountain was the room with the globes. I was trying to come up with a way to make this more exciting, maybe use a prop somehow. It finally occurred to me to use plastic easter eggs to represent the globes. Inside each, I placed a short description of the contents, folded up fortune cookie style. For the globes with creatures, I put in tokens from my Monster Vault set. A few glass beads and other random trinkets represented gems and jewelry. Unfortunately, I didn’t have a ring on hand, nor time to “arts and crafts” one, for the talking ring. (This ring was fun, and I allowed the fighter to use the ring’s wish to allow the ring to work outside the room… at my discretion, of course). My players really enjoyed opening the eggs, alternating between fear and greed in grand procession as they cracked them all. This just reinforces what I already knew: props are awesome, and DMs need to use them more.

Another piece of advice I have for DMs who will be running White Plume Mountain is to have a few extra riddles on hand. My players actually got out of the dungeon unexpectedly (more on that in a moment), and had passed the sphinx peacefully the first time through. I googled “fantasy riddles” and ended up with this list from the old PC game Betrayal at Krondor. My players failed two riddles, and would have been attacked by the sphinx had they not answered the third at the last possible moment. You can never have enough riddles, so consider printing a list or bookmarking that site. 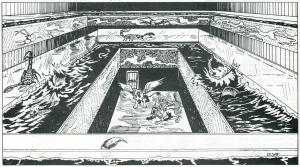 The three wing setup of White Plume Mountain is ideal for my group, with enough in each wing to last our typical two to three hour session. I gleefully admit I railroaded my players into saving Blackrazor and the Ziggurat for last. That room screams “final encounter” all over it. I am hoping to assemble a 3D ziggurat to use, and I’ve ordered a pack of cheap crab toys from Amazon to take the place of the giant crayfish. I’m still looking for other minis to use as well. I think the ogre mage alone in a small room afterwards would be anticlimactic, so he will make an appearance in the ziggurat along with the monsters. I am quite excited about the next session, and hope to have some pictures of the ziggurat here at The Learning DM soon.

One final note: if at all possible, end a session of White Plume Mountain with the giant crab encounter. A huge, dangerous beast, a magical, intelligent trident, and being shot out of a volcano in a hastily-created bubble of force combine to make an excellent end to an evening of gaming. White Plume Mountain is a strange place, but it has made for some truly enjoyable experiences for myself and my players. The D&D Next playtest works quite well with the classic module, and I look forward to trying out the other famous adventures in Dungeons of Dread in the near future.